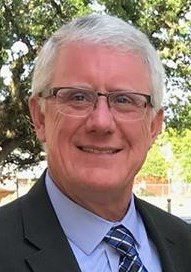 Dr. LaPoint began wearing glasses at a young age. He was intrigued every time he got his eyes checked and decided before he was in high school that he wanted to become an Optometrist. He maintains a belief that each of his patients should be provided the ultimate in eye care. He holds his staff to the highest of standards that has been established in his 30 years of practice. His office is equipped with the latest in eye care technology so his patients can expect the highest level of care.

He is married to Shera Broussard LaPoint. They are both originally from Kaplan, Louisiana. The LaPoints moved to Bunkie in 1988. They have four children and eight grandchildren. In their spare time, they enjoy spending time with family, fishing and hunting.